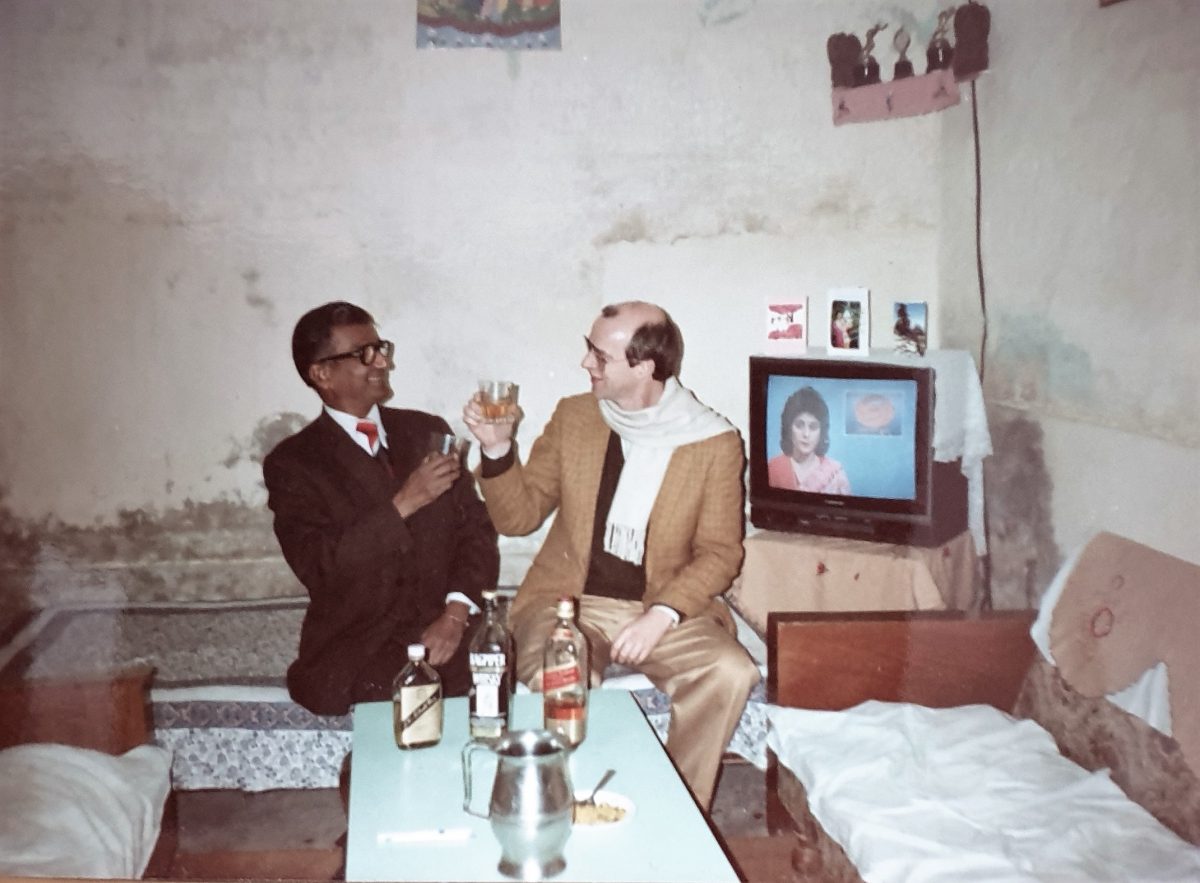 It should have been his birthday today. I would have called him from the Netherlands, and we would have laughed and joked in the certainty of our friendship. It would have been the 30th anniversary of our meeting in the archives in London, and I had promised him a very special bottle of whisky for the celebration. As archivists and historians go, we never went dry.

But when I called him a few weeks ago to arrange the visit, he did not pick up the phone. Nothing special. C.P. was always somewhere. Preferably in England in the winter when it was cold there, only to return to Delhi in the hot season to complain about the unbearable heat. We would howl with laughter at that joke. Because C.P. Mathur was always in a good mood, and as he aged his mood got better. But now his granddaughter had to tell me he had passed away. At the instant I had expected to see the shore, I suddenly looked at an ocean of memories.

On this day, which is his day, but on which I can not wish him, I realise that many things in my house also remind me of him. Little presents, sometimes a memo from a little trip together – once he showed me Fatehpur Sikri, which we liked even better than the Taj Mahal. A book which we bought together, or which he gave me. Historians love books and that was another firm bond.

Many times, too I stayed with him in Southall in London, another place where he was an esteemed member of the community. He showed me the plaque in the temple wall, on which he commemorated his parents. C.P. was serious about that, as he was about his beliefs. But to exclude decent people because of a difference of opinion was foreign to him. He talked with everybody.

His hospitality was famous. His friends always dropped in at his place, and often he would be the one they would visit on their last evening in town. For me, C.P was the first person I would see when I arrived in the middle of the night after a long flight, and he would be the last man I saw when I would catch the night flight back.

He was Delhi – and we would joke that CP was called after him. He knew every nook and corner of Connaught Place, having spent there countless hours. Not always very quietly; he had an insuppressible lust for life, and would not lose a discussion. Once he told me in passing that he had been shown the door of the old Gaylords because of a vivid exchange with the owner. We were easier. Our last visit was to the India Coffee House.

In the evenings after our forays, we would sit at his place to watch TV and wait till the discussants would get angry. That, to our boyish delight, never took long. “This is amazing; let’s have another peg.” Patiala peg, of course. A Rajasthani with the hospitality of a Punjabi, and a staunch Delhi wala. I will take one tonight, my friend. On your memory. We had fun.

This website uses cookies to improve your experience while you navigate through the website. Out of these, the cookies that are categorized as necessary are stored on your browser as they are essential for the working of basic functionalities of the website. We also use third-party cookies that help us analyze and understand how you use this website. These cookies will be stored in your browser only with your consent. You also have the option to opt-out of these cookies. But opting out of some of these cookies may affect your browsing experience.
Necessary Always Enabled
Necessary cookies are absolutely essential for the website to function properly. This category only includes cookies that ensures basic functionalities and security features of the website. These cookies do not store any personal information.
Non-necessary
Any cookies that may not be particularly necessary for the website to function and is used specifically to collect user personal data via analytics, ads, other embedded contents are termed as non-necessary cookies. It is mandatory to procure user consent prior to running these cookies on your website.
SAVE & ACCEPT